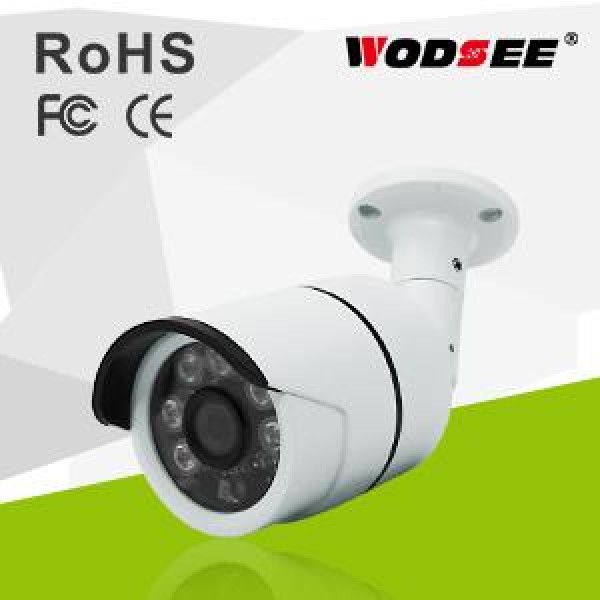 1.Do I have to use a Standard Power Supply???

In general the answer is yes. Most manufacturers will recommend the use of such power supplies as standard with their equipment. You should always consult the manufacturer’s specifications prior to the connection of any power supply.

2.Can I view live and recorded video remotely?

Yes, most of our Security DVR systems are Internet enabled. You can view live and recorded video from anywhere through the Internet.

3.Can several users view one site at once?

Most Internet-enabled Security DVR systems allow multiple users to view the same site simultaneously. However, as more people look at the same cameras/DVR at the same time, the bandwidth will be shared between them.

4.What areas can network video monitoring apply to?

5..What are the current mainstream storage technology?

1)Universal storage, the traditional storage technology is DAS, is the storage device directly connected with the server, completely to

The characteristics of a variety of storage technology analysis and introduction:

Fibre-Clannel technology, this technology provides a high-performance block data access scheme for storage domain applications. Due to the application of IP over LAN and WAN and good technical support, it can realize long-distance block-level storage in IP network, and replace IP channel protocol with IP protocol to form IP-based SAN storage. With low cost, cost-effective, free from distance restrictions, not easy to form information islands and other characteristics, IPSAN has been more and more attention and application. Commonly used several storage methods As the early network is very simple, direct-attached storage (DAS) is the first to be used in the network storage system. In the DAS storage architecture, in order to avoid a single point of error, usually use a number of servers to share a storage system. When you need to increase the system’s storage capacity, the general use of increased disk display (RAID) way. DAS was once a popular storage system, but can not meet the large-capacity storage needs, so there have been NAS and SAN and other storage technologies. The network storage system includes the file server and the storage device component, the NAS installs the preconfigured storage device, causes the master server to “free” from the file I / O operation, depending on the server as an optimized file system, the operating system no longer To achieve the calculation function, only to provide file system functions, the client directly through the NAS system and storage devices to exchange data between. NAS directly run the file system, such as NFS / CIFS, etc., by setting up the NAS can be achieved in different clients (such as NT and Unix) to share data between. Drive, tape drive or removable storage media and embedded system software, it can support a variety of application protocols (such as NFS, CIFS, FTP, HTTP, etc.), but also to support a variety of operating systems, such as Unix / windowsNT, and In the use of different network environments do not need to make any changes to the network environment. NAS products directly through the network interface to connect to the network, simply configure the IP address, you can be shared by users on the network. NAS is suitable for transferring files and sharing files over a LAN. This approach will take up a large number of host CPU resources, file operations delay is quite large. The increase in the amount of data, so that DAS and NAS the same problem, not to improve the storage capacity and unlimited increase in storage devices.

Compared with DAS and NAS storage, SAN’s advantage is that all data processing is not done by the server, SAN is a storage device, connected devices and interfaces integrated in a high-speed network technology, which itself is a storage network , Assume the main network of data storage tasks. In the SAN network, all data transmission in high-speed, high-bandwidth network, SAN storage is the realization of the physical hardware block-level storage access, improve the storage performance and upgrade capabilities. According to the transmission protocol and physical medium adopted by the storage network, SAN is implemented by FCSAN and IPSAN. FCSAN adopts high-speed fiber channel to form storage network. It is the mainstream technology of SAN. With the openness of Ethernet and IP and the advantages of block storage in many ways, and IP protocol-iSCSI instead of Fiber Channel protocol to achieve end-to-end SAN storage. ISCSI technology requires only low-cost investment, you can easily and quickly on the information and data for interactive transmission and management. Compared with the previous network access storage, iSCSI to solve the openness, capacity, transmission speed, compatibility, security and other issues, its superior performance so that the date of its release by the market attention and favor.

Can be used with the network camera (IPCamera), based on IP network monitoring signal access, distribution, browsing, video, playback, management and other integrated features.

WODSEE is one of the best WIP130-AB30 IP Surveillance Camera IP Camera App support Starvis H.265/H.264 IP Camera manufacturers and suppliers and we have one of the famous brands. You can buy or wholesale high quality and newest products with CE certification from our factory.